Rose waited too long to get married...now she's stuck with LEFTOVERS.

Call her an anti-feminist, but Rose Thornton doesn't care about 'having it all.' She just wants a husband and kids of her own to make up for inheriting the step-family from hell at the age of ten. Impending marriage to her boss John Worthington (the third, and a doctor no less!) bodes well for the dream...until she catches him with a hussy who turns out to be pregnant with his child.

Out of a job, temporarily bunking with a girlfriend, but still fiercely attached to her goal, Rose goes the Murphy Brown route, with only two minor glitches to solve: no money...no sperm. She gets the finances handled, then proceeds with daddy donor options: there's the "baby back-up" (her ex-beau who promised to do the deed if they managed to hit forty still childless); the Internet sperm bank (who knew swimmers were only a click away?); and ... well ... there's dating.

Meanwhile, there's also Sam Sheridan--father of two daughters and married to Rose's sister, Angie. Only Angie's currently on hiatus in Borneo doing a spiritual cleanse, and Sam's bi-coastal job's left him needing someone to watch the girls. Who better than a family member like jobless, homeless, Rose?

Treading in her sister's stilettos is pathetic enough, but when Rose finds herself falling for Sam, it's her worst nightmare come true. Talk about leftovers....

But at AMAZON, BARNES & NOBLE, Apple iBook Store, or SMASHWORDS

Amy Harrington can’t believe her pathetic life’s been hijacked by some chick named Casey Carlisle. When a false arrest becomes a major inconvenience (not to mention a little sticky for her society conscious-mother), Amy tracks the identity thief to Mexico and poses as Casey herself.

In the land of Margaritas and Mariachis, Amy (masquerading as Casey) meets architect Nick Cavenaugh whose got identity issues of his own. Seems some friend (some friend!) stole his company and his fianceé. Now he’s headed for a swank Mexican resort hoping to secure the lucrative contract that will jump start his new firm. Too bad for Nick his assistant misses the trip, and the poor guy's not not so reliable on his own.

Far be it from Amy to jeopardize the man’s second chance at success, but when she discovers the real Casey has moved on to the same swank resort, who can blame her for wangling a temporary job with the guy? So what if she doesn’t exactly come clean about her real name, who she’s after, or why she’s really in Mexico? What Nick doesn’t know can’t hurt him...can it?

When Amy gets them stranded in the sweltering Mexican jungle, the adventure begins...

Aspiring sitcom writer Daphne Smith is bored. So bored, in fact, she's taken to blogging as a fictional seductress named Sexy Sascha. Hey, it's seemingly harmless and a great way for Daphne to live out fantasies about her boss, the dreamy and oh-so-unattainable Josh Swenson. So what if "Sascha's" tales of lust have become the talk of Tinseltown? Daphne's a mere peon at JRT Studios, and more like Ugly Betty than Sexy Sascha, so who's gonna connect the dots?

But someone does. Someone with a grudge. Anonymous threats appear on Sascha's blog, and a series of "accidents" seem designed to make Daphne look suicidal, psycho, or both.

Just as the man of her dreams offers her the TV job of a lifetime, is Daphne doomed to be cancelled...permanently? 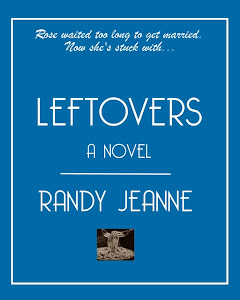 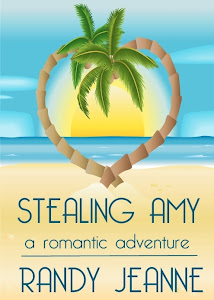 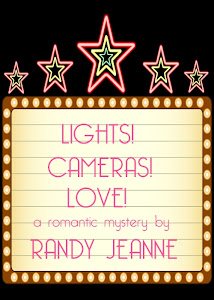